The younger generations today spend most of their time on the internet. Even the millennials can be found lurking on Twitter and Facebook. Someone who is not part of the internet crowd may not even be able to understand the conversation going on the web. Because there is a specific language that the internet user talk in. The core language is mostly English but there are slang words and references to famous memes and Tumblr posts that anyone who has never been on the internet will have no idea about. There are, however, ways to integrate yourself in the internet community if you are starting anew. But most people don’t even try out of fear of not being able to understand a joke and feeling left out.

It is important to mention that there is also a crown on the web that don’t use the language the younger people use. They prefer to keep it straight and simple. The absence of slangs and meme references in their language means that anyone can understand their posts. These people are mostly journalists, or people who have important news to share. They can’t cater to a wide audience if they don’t keep their language as simple as possible. Today, Twitter is considered by many as the best source of news. Something happens in one place of the world and starts trending on Twitter within minutes. And all of that news is pretty easy to access and understand because it is available in the basic language of the internet, which is English.

Another language that is popular on the internet is Spanish. The reasons are many but the biggest one is obviously that there are many Spanish speakers on the web and they like to conversate in their tongue when they are talking to someone who understands Spanish. It is worth noting that people of more than twenty countries learn this tongue because it is one of the official languages in their states. This gives Spanish more or less the same significance in the digital world as English.

Another thing that has made this language so popular among masses is the entertainment content made in Spanish. Narcos is one example of that. Everyone learned a few words from that show and they continue to be fascinated by the language because of it. If we list all the movies and TV shows that have made it big in the world and has promoted Spanish at the same time, it will take a long for everyone to read it. But it is hard to ignore the positive effect TV shows have had on Spanish’s popularity.

The Spanish Speaking Population of the US:

The US is a big country and also an economically stable one which means that the people from poor countries look to it as something that can help them achieve their goals. A lot of people immigrate to the US to chase their dreams and get away from the corrupted system of their country. A great number of those people are from Latin American countries and are Spanish speakers. With them moving into the US, the number of the local population that can speak Spanish also increased. This is especially true for Miami where a great number of people speak this Romance language. Even if you look at America as a whole, more than forty million people speak this tongue. But despite the people of the country speaking so many different tongues, the state still recognizes only English as the language for official documents. 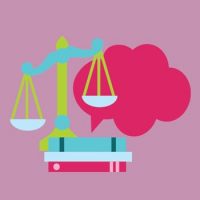 Translation of Documents for the US:

Since the US will only accept a document if it is in English, when someone has to move there or even visit the place, they will need a translation of their papers if they aren’t in English already. Every country’s official documents are printed in the official language of the state no matter how many people speak it. There are also a few countries whose documents are printed in two tongues that are written side by side. But when it comes to countries like the US, English is the only thing you will see on their papers.

When someone from a Spanish speaking country wants to immigrate to the US, they will have to get certified translation of their birth certificate to prove to the USCIS officials that they aren’t lying about their identity. You can present a document in your language but it will get rejected since it doesn’t prove anything to the English-speaking officials of the USCIS. A lot of people from Latin America immigrate to the US and during that process they have to search for certified translation services Spanish-English because without getting certified translation of their birth certificate, they won’t get anywhere and their dream of living a better life will end right there and then. 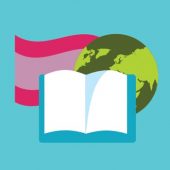 If you need to get your documents translated from Spanish to English for an official body, you can’t go to a bilingual friend and expect them to handle the task for you. It is a lot more complicated than that and requires expertise that only qualified translators possess. You should only hire an experienced translator to handle your documents when you need certified translations for USCIS or any other government body because a small mistake in the translation can leave a bad impact on the officials checking your documents and they will be bound to ignore your request.

We are available 24/7, get in touch with our project managers now!
Live Chat
Certified Translation Services Spanish-English was last modified: October 2nd, 2019 by admin
Google Rating
4.8