Every society has things that it holds dear. In order to understand the true value of those things, you have to think from that society’s perspective. Identity is important for every member of society, but it isn’t an isolated thing. People do not exist independently of society. Everything is connected, which is why identity is made up of multiple things. Your culture is an important part of your identity, just like your nationality. For some people, religion is also very important for their identity. If a community has been oppressed in the past, they would want to express their lifestyle more openly to rebel against that. Languages are also very important for people, especially the ones that don’t have a lot of speakers.

An English speaker doesn’t have to worry about their vernacular becoming extinct or losing its popularity in the future, so they can focus on other aspects of their identity. But for a speaker of a tongue that is not recognized by any country’s constitution, it is very important to keep their vernacular alive. Lesser-known Asian vernaculars and the tongues are spoken in remote areas of Africa are the best examples. Indigenous languages are also very important to their speakers.

A quarter of the Philippines’ population speaks this tongue. Its standardized form is known as Filipino. Filipino is not only the tongue used by the government but also by the majority of the population. The ethnic group of the Tagalog people is the native speakers of this tongue. They can be found in the city of Manila, Southern Tagalog, and Central Luzon. Although the language itself is not at risk, it does not enjoy the same status as Filipino.

The majority of the population of the Philippines can speak English, which is why it is not a problem for foreigners if they don’t know the local tongue. However, the speakers of Tagalog value their tongue and wish to keep it separate from Filipino. The latter has adopted plenty of words from other languages too, which is why it is not the same as Tagalog. However, Filipino shares a lot of basic similarities with its mother tongue. 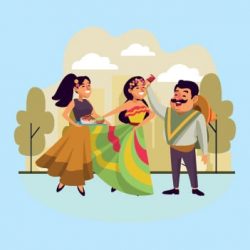 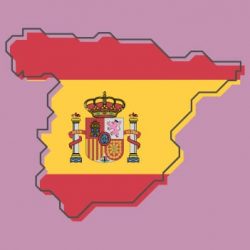 Spanish is one of the most popular and widely spoken vernaculars of the world. It enjoys official status in over twenty countries and is spoken as a second language in many more. Even in the US, it has speakers in millions. Although it spread through colonization, it has stayed as the native language in most of the previous Spanish colonies. Plenty of Spanish speaking countries are economically strong and ideal for business. Although there are cultural differences between them, the language does give you an edge with all the markets. If someone wishes to do business in the Americas, they don’t have to worry about language barriers as Spanish is spoken in most of the countries. However, an established business from the region will have to tackle linguistic problems if it expands to other places.

It is quite easy to attract customers. People like to try new things. With a few shiny advertisements, you will be able to convince them to buy your products. But it is quite challenging to build loyalty in your customers. You can’t do that just through innovative advertisements. In order to build loyalty in your customers, you have to prove that you value them. If you show them that you respect them and their values, they will find it easier to trust you. Every successful brand has had to build a relationship with their clients.

A lot of factors come into play when you are trying to win the hearts of your client base. You must maintain the quality of your products. You must also make sure that your rates never undergo a drastic change. Any unfair increase in rates will drive your customers away. Another very important thing is to respect the culture and language of your clients. Even if they can speak and understand English, it is better to communicate with them in their native tongue. It will prove to them that you care about their culture, and that is the best way of making your way to their heart.

A Spanish business that wishes to open its offices in the Tagalog speaking regions of the Philippines must familiarize themselves with the vernacular. You don’t necessarily have to learn the language, but you will need to translate all the important documents in it. The advertising content must be localized according to the local culture. Linguistic changes must be made in every document, whether it is a financial paper or your company’s policy. You don’t want your local staff to feel isolated, so make sure they have the necessary instructions in their language available to them.

Every step in the world of business is going to be a huge risk. However, if you wish that things work out in your favor, you must do your homework. Entering a new market should be a lot more than just about profits. You should be willing to make a positive impact on the lives of your target audience. And you cannot do that if you are not ready to familiarize yourself with their culture. If you truly wish to change their lives, then get in touch with a highly qualified translator so your target audience can learn all about your products and services.