Everybody in this world has a different thought process. Our way of deciding matters will not be the same as other people. However, a few similarities can be seen between children and their parents’ views. When it comes to deciding about their future, everyone takes a different route to reach their fate. Some say goodbye to all logical thought and go for their dreams regardless of their monetary value. If they want to pursue a career that has no financial scope, they will do so without worrying about money. Many great painters and authors continued following their passions even when they brought them no financial benefits of fame in their lifetimes.

Choosing a career for yourself has got to be the most important decision you will ever take. Some people do not get to make this decision for themselves and do as their parents say. This practice is common in many societies around the world where parents pick financially beneficial careers for their children and pressurize them to pursue those fields. Sometimes, there is a profession that every person of a family has to follow. Like a mayor whose father and grandfather were mayor too would expect his son to follow in the footsteps of his ancestors. 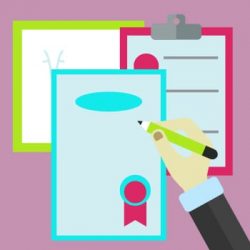 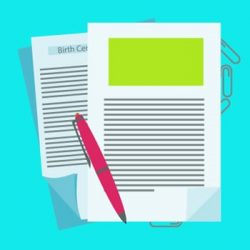 People who can choose their career for themselves do one of two things. They either pick the field they had wanted to go into ever since they were child regardless of that field’s scope or they think logically and go with the most beneficial choice. Some people combine their dreams with worldly needs and pick subjects that will allow them to make money while doing what their heart desires. No matter which path you choose and whatever you want to study, it is not easy to select a course. Whether you are applying for under-grad or for post-grad, you will have to make sure that the program you are applying for will teach all the things you want to learn.

For instance, if an art student applies for a post-grad course without learning all about it, they can end up studying things they already know. This will not only waste their time and money but also keep them from learning new things. People are often told to read a document before signing it but it is about time parents start telling their children to read the course description before signing up for it. Everyone should know what they are signing up for but no one is going to explain things to you when they are already in front of you.

Each university informs students about a course in a concise manner. This description includes the subject matter and the questions the course will be answering. The description will also inform students about the applicability of the course. These are very necessary details about a course. Not only do they inform the student about the subject matter of a field but also help them decide whether or not a course is right for them.

There is no universal education system in the world. The majors offered in one country may not all be offered to the citizen of another country. This is why when people, especially the ones from underdeveloped counties, are applying for admission to a foreign university, they don’t even know about most of the courses. In such a scenario, it can be pretty confusing for a person to decide which subject is right for them. However, the problem gets solved instantly with the help of course descriptions that inform people about the field they want to choose.

Sometimes universities may offer course descriptions in more than one language but that happens rarely because they expect their future students to learn their language and not vice versa. The biggest reason why someone might need a translation of their course description is when they are transferring to another university and need to show what they have studied in a particular subject’s class. Since descriptions are available in the language of the country where an institute is located, their translations will be needed to make them understandable for the people of another country. They help a student’s new institute understand their previous level of knowledge.

Another reason why a course description’s translation is needed is when someone wants to apply for a job in a foreign country and need to show what they have studied. The description will help the company understand the applicant’s level of understanding of a particular field. If there is no translation of the details of a course, the people checking your documents will not be able to understand them. Even a testified copy of the original document won’t be enough to get your name through the process.

Whenever you need to show someone in an official capacity your level of knowledge about a particular subject, you can do it in the best way possible by presenting the translation of your course description. A qualified translator will know what to do with your document and interpret it accurately so anyone reading it can understand all about your course. With the help of the right translation of your course description, you can transfer to the university of your choice, work for the company you love, and live your best life without worrying about language barriers. So, get your course descriptions translated today by an experienced interpreter and start living your life freely.