There are many confusing things on our planet but nothing more so than our own species. There are countless types of species currently living and thriving on earth but we can only understand humans. And yet, we are nowhere near to develop an understanding of human mind. We are a very complicated species with our intelligence, personality traits, and emotions. We have proven again and again that we are unpredictable. But it is our emotional range that is the most baffling thing about us. Sometimes, we can forgive the ones who have hurt us the most, but other times we find it impossible to forget even the smallest injustice inflicted upon us.

This is why the value of each human relationship is so much more than can be comprehended by anyone. Whether a bond takes years to build or reaches its peak in the first meeting between two people, it can be equally strong. Because in the end it is our emotions and feelings that make a relationship special, more than the way someone treats us. Trusting the wrong person can hurt us in different ways. It will break our heart, for sure, but also make us skeptical of people. We will be scared to trust others in the future. When we trust the wrong person for business dealings, it will also be dangerous for our company and bring us both emotional and financial damage.

This is why many people give up on the idea of marriage. Many people grew up seeing failed marriages around them or heard stories in their adulthood about those who have to live in a suffocating relationship. All of such stories have set a bad example about marriage. Many people do not believe that such a bond can bring them happiness of any kind. But for some, it does work. However, whoever decides to marry should know that they can always get out of the relationship if it starts taking a toll on their mental health.

Divorce has been an unacceptable thing for centuries. In many countries, it continues to be something not so common. Women are afraid of it knowing their families won’t accept them if they got divorced. Many people feel forced to stay in an abusive relationship because they have no chance of escape. The situation is pretty bad in underdeveloped countries where old customs are still being followed. A divorced woman is not respected in such societies and treated pretty badly by all classes. But it is 2019, a lot has changed in the past few decades and it is about time our views about divorce change too. If we still cannot change our thinking about divorce then we will end up with a generation that wouldn’t want to get married at all. 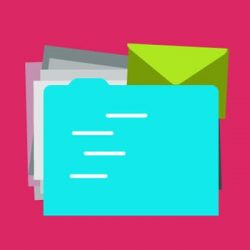 The easiest way to let people know that they have a way out of an abusive relationship is by starting conversations about divorce. No one enters into a marriage thinking they will be getting out of it but when it becomes inevitable, people should be able to take the step with support from the society and their family. If people knew that they wouldn’t be shunned for getting out of a relationship that was hurting them, they would leave in an instant. Not giving them that sense of security is one of society’s biggest failures.

Two people can consider themselves married but they wouldn’t be until they get it registered that it will become official. The same rule applies to divorce. A person will have to file for it in a court and it won’t be official until it gets finalized. Once you get the divorce order, that’s when it will be legal. You will be out of your marriage once the order gets released. However, there are situations where you will have to show proof of your divorce without revealing too much details, this is where the certificate comes in. It protects the details that people normally wouldn’t want to share but serves the purpose which is required of it.

When people are applying for immigration, they have to show their marital status for a couple of reasons. If they are single or divorced, that would mean they don’t have anyone else they would want to move to the country where they are immigrating to. It is also essential to know their marital status for the country where they want to live so if they want to remarry, they can do that easily. 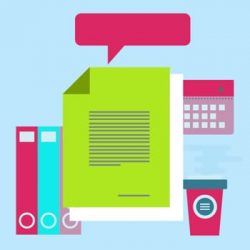 But if your documents are in a different language than that of the country where you want to immigrate to, you will need their translation. If you are applying for immigration, you can’t do so without an accurate translation of your divorce certificate. You will have to submit the translation along with a copy of the original document. Get in touch with a qualified translator for the task if you want your translation to be accepted by the immigration office. Government bodies only like highly accurate translations and therefore do not accept incorrect interpretations carried out by inexperienced people. Finding professionals can be difficult for some people which is why it is better to get in touch with a reliable agency. They will have plenty of professionals on their team with each handling a different type of interpretation. Their expert translators will be able to help you with your divorce certificate’s translation.