A lot of people don’t think highly of world organizations created to bring an end to the problems faced by different nations. And they are right to think so because of how useless a lot of them have proved to be in times of crisis. United Nations is the biggest example of that which was created to end conflicts between countries and prevent future wars. And although there haven’t been any great wars since World War II, the credit of that should go the fact that a lot of big countries have nuclear weapon now and no one in their right mind would want to start a nuclear war.

The whole continent of Africa keeps going through tough conditions. There are diseases that people have never even heard of, militia that kills people just because they can, drugs and weapons are sold like food in the market, but these things are not discussed at the UN. The situation of the Middle East in Asia is not any different. Civil movements get crushed by dictators left and right and the big powers don’t pay any attention to the situation unless their own interests are involved. The Palestine and Kashmir conflict have been going on for so long that generations have grown up with the sounds of missiles going off and bullets taking away the lives of their loved ones. 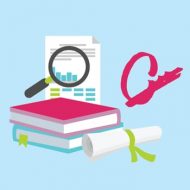 Some also question the work of the Amnesty International. But the truth is, the organization was created to keep a watch on human rights violation and their basic purpose is to investigate such violations and show the results to the world. In short, their job is to educate the world about injustices and hope that their discoveries will inspire action from others and the violence going on against the oppressed will end. Just like Amnesty International, there are also other organizations and conventions that have been playing their part in the grand scheme of things. The reason we don’t hear much about them is because everyone else involve in the cycle of the world to maintain balance fails to play their part and as a result, chaos ensues.

Our world is very complicated and the hope to fix it with the help of a few organization is a silly one. The organizations will keep on trying but in the end, it will fall on the heads of states to do the actual work. A lot of organizations give suggestions and draft a plan of action but if the ones who are supposed to follow that plan don’t come through, the usefulness of the organization cannot be questioned. And surely, it is easy to understand that every country will only intervene when it is their interests that are at stake. We would be living in a utopia if everyone stood up for what’s right.

All hope, however, is not lost when it comes to treaties and organizations. A lot of conventions have helped countries in various ways. Remarkable trade deals get finalized in international forums. Conflicts are resolved and treaties are signed to prevent similar problems from occurring in the future. And if a few of these things have worked positively and brought good things for everyone involved, that means there is hope for the other organizations too and with the right support from all parties, they can also become effective.

An example of the useful treaties that have helped everyone involved is the Apostille treaty. It was drafted during the Hague convention to help the signatory countries regarding an important matter. And that is the verification of official document. Each time a person goes from one country to another, their documents are verified at both ends to eliminate any chances of forgery. But the whole process can be very tiring and lengthy for all the parties involved. To end this problem and save people from wasting so much of their time getting their documents verified, the Apostille treaty was signed. 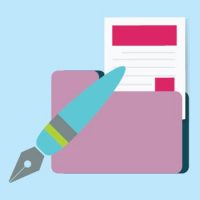 So, how does the Apostille treaty resolved the double verification problem? Simply by making sure it wasn’t needed anymore. The treaty says that any document issued in one of the signatory countries that is accompanied by an apostille, an international certificate very much like a notarization, will not have to be verified by either countries. The certificate will act as proof of the validity of the document. Anyone who has to travel frequently can get an apostille for their important document and get rid of the trouble of getting them double verified each time they have to go somewhere. It was a very efficient idea and has worked greatly for the citizens of the signatory countries but also for the official staff that had to verify a document so it can be accepted in another state. There is, however, one problem with the apostille. If it is issued in Arabic, it will not be acceptable in an English-speaking country because the officials won’t be able to read or understand it and feel forced to reject the document.

We are available 24/7, get in touch with our project managers now!
Live Chat
Apostille Translation was last modified: July 29th, 2020 by admin
Google Rating
4.8