If you’re looking to expand the reach of your website into new markets one of the best ways is to have your website translated. This articles shows you how to use Google Translate on your website. 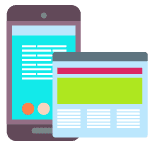 One tool that allows online instant translation of a particular web page from one language to another is called Google translate page. This is one of the many ways that Google helps you better to understand the content of the website that you visit, in the language that you speak. Currently Google translate has a database which can help you understand and communicate in more than 100 languages, such ​​as:

How does it work for readers?

If website content is in a language your readers don’t speak, they could simply activate the Google translate tool in their browser and choose their mother language or another language they prefer prefer. That is doable if your website hasn’t been translated, but unfortunately there are only a few people knowing how to use that.

Google translate is simple and can be used in several ways. By typing keyboard you can write or draw letters or characters with your finger on a touch screen monitor, you can also have a bilingual conversation by talking, or using your phone’s camera you can see instant translations and you can get translations without a data connection, even if you are offline.

These features known as type, write, talk, snap, see and offline, do not work equally for all languages ​​that Google translate offers.

Google translate is available only on Google Chrome and Internet Explorer version 6 and later. All other browsers are not currently supported. So just check out their Website Translate tool. It’s free to use and easy to set up. 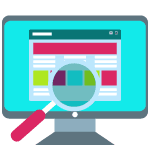 Is it worth it to have Google Translate on your website?

If you’re asking yourself whether or not is worth it to have Google Translate on your website, the answer is simple: add it unless you can’t afford professional translation. It won’t help you in your Google rankings, in fact it may lead to some duplicate content issues, but it will help your visitors if they don’t speak your language.

If you really need to have all the benefits professional website translation brings you’ll need to consider having professional translators working on your website. It’s well worth it, and doesn’t cost an arm and a leg, get in touch with us and we’ll give you a free quote!

Questions and quotes are free. Live chat with us 24/7
How to use Google Translate on your website was last modified: January 8th, 2018 by admin