How To Translate PDF English To Hindi

How To Translate PDF English To Hindi

Every country and its people think that their culture is the best one in the world but there is no one who can deny that the South Asian culture is one of the most, if not the most, vibrant cultures on this earth. Especially the heritage of India is so colorful and multilayered. Since India is huge and has the population of 1.3 billion, a lot of different cultures are thriving there. The beauty of the cultural life of the Indians can be witnessed during the season of festivals. One can also enjoy their traditions at a wedding. A wedding ceremony goes on for many days with multiple functions where each one has its own story and has to be celebrated in a different way. The day of the wedding is not any less than a huge festival. The celebration of two people and their families coming together is made memorable with fireworks and music.

Did you know that there are thirteen languages in India that enjoy official status? These vernaculars have had a deep impact on the culture of the country. The educated people of the country are fluent in English but since there are more than one billion people in India, not all of them can be represented by the educated lot. A huge majority in the country speaks Hindi and does not understand any other languages. With time, English has had a huge impact on the Indian society. It can be seen everywhere, in ads, on billboards, and in schools. But if someone has to connect with that part of the population that only speaks Hindi, English won’t cut it and they will have to find a way around it.

English and Hindi, What Are the Stats?

Overtime English has become a very important and prominent language around the world. Its importance has influenced a lot of people to learn it. There are languages in the world that are close relative or dialects of the same tongue but turn out to be very different from each other. But English, for the most part, has stayed the same everywhere. A person from England can understand someone from America and an American can talk to an Australian without any problems. Surprisingly though, English has fewer native speakers than people who speak it as their second language. It is the later who have made it one of the most spoken languages in the world. More than a billion people in the world speak it. 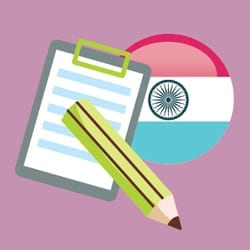 As far as Hindi is concerned, it is mostly limited to India and Indians. It has 425 million native speakers and over a hundred million L2 speakers. It is, however, mutually intelligible with Urdu for the most part and Urdu speakers can understand it with ease. This has given Hindi a boost as a lot of Urdu speakers turn towards Indian flicks to get their quota of entertainment when they can’t find it back home. The music industry of India is also a big thing. One of the country’s biggest music production company, T-Series, has the most followers on YouTube.

India is a growing economy and attracts a lot of businesses to the country. Foreign businesses mean there are different companies operating in India who use English as a medium to connect with their target audience. But as stated earlier, a lot of people in India do not understand any vernacular other than Hindi. In order to reach these people, content has to be translated from English to Hindi. Whether it is advertising content or company policy, translating it is the only way to make it understandable for the Hindi speaking population.

It is better to remember that native translators are better equipped to the task of translating. Someone who was born in India and grew up speaking Hindi will turn out to be a better translator than someone who has only learned Hindi as a second language. 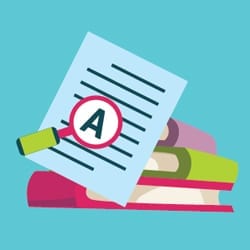 How to Translate PDF English to Hindi?

When you have a PDF file in English that needs to be translated into Hindi, there are multiple options available to you. You can use an online tool to get the interpretation of your document. There are various websites that claim to offer this service for free. But how accurate they are is another debate. Another option is to go to a bilingual friend who is fluent in both English and Hindi and ask them to translate the document for you. When you need an accurate translation, both of these methods will prove to be useless. If you need the translation of a PDF file, the best way to get that translation is by getting in touch with a qualified translator or language service provider and asking them to handle the task for you.

Translators who have had worked in the field for years and can handle documents of all types are the best option when it comes to translating a PDF file. If you get in touch with a language service provider, make sure they only have native translators on their team because if they do, that means they know that a native interpreter can translate a language in a better way. So, if you need a PDF file translated from English to Hindi, get in touch with a qualified translator or a reliable agency today and you will be able to get accurate translation that you can’t get from an online tool.

Questions and quotes are free. Live chat with us 24/7
How To Translate PDF English To Hindi was last modified: August 1st, 2020 by admin