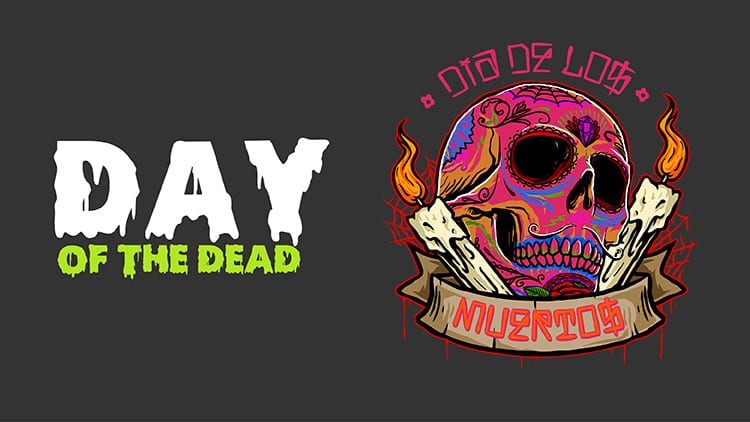 The people of different cultures have their own festivals and traditions. Sometimes, one culture gets influenced by the others and ends up adopting one or two of their festivals. Some modify a foreign tradition to give it their own touch. However, any of these additions do not make a tradition less important. All the people of the world have customs and values that they follow. When they come in contact with other people, they are bound to pick up some new values. Just like friends end up changing each other’s personalities, cultures also influence each other. So, if you see someone celebrating Halloween in a different way, it simply means that they have added their own customs to it.

The Influence on Latin American Traditions:

Day of the Dead:

Over the years, many Mexican cuisines like taco have gained worldwide popularity. But this time, the entertainment industry has popularized a Mexican holiday, known as the Day of the Dead or Día De Los Muertos. The holiday is not only celebrated in Mexico but also by Mexicans living overseas. Today, three days are dedicated to celebrating the tradition from October 31st to November 2nd. The decision was made gradually to coincide with the Western Christian Days known as the All Saints’ Eve, All Saints’ Day, and All Souls Day.

More than 3000 years ago, the Aztecs used to live in the region which is known as Mexico today. They held a cyclical view of the world. To them, death was an integral part of life. They believed in celebrating this part of life instead of grieving the loss of their loved ones. The roots of Día de Los Muertos can be traced back to the traditions of the Aztecs. This is why it is foolish to compare the Day of the Dead with Halloween as the former had been around longer.

The Aztecs believed that the dead had to undertake a long and hard journey to reach their resting place, which is why they would leave food and water for the deceased to assist their travels. The way of celebrating the Day of the Dead today is quite familiar to that ancient Aztec tradition. The Mexicans believe that the world of the living and the world of the dead become one on Día de Los Muertos. After that, the souls of people’s loved ones visit them to feast on food and celebrate with their families. The living leaves the favorite food items of the deceased on their graves.

Another way to honor the deceased is by setting up ofrendas at home. Ofrendas are private altars on which people put up the pictures of their deceased loved ones. Aztec marigolds, food items, and beverages are also placed on ofrendas. Some people leave the belongings of the deceased on their graves. Skeletons and skulls are the symbols of the celebration. Some people wear skull masks while others use makeup to turn themselves into a skull. People eat sugar candy that is molded into the shape of a skull. Spicy dark chocolate is another item people love to eat on Día de Los Muertos.

For a long time, Día de Los Muertos was only celebrated in some small parts of Mexico, but since 1980 it has started gaining popularity worldwide. In 2008, UNESCO added Día de Los Muertos to its list of Intangible Cultural Heritage of Humanity. It has become a big event in the US, where 36 million people of Mexican ancestry currently live.

Media has the power to make or break anyone’s career. But it also plays a vital role in building people’s perceptions of a particular culture. It can show an innocent event in an evil light and derive people against a community, or it can bring together the whole world by pointing out their similarities. You can find hundreds of mentions of the Day of the Dead in pop culture. It is one of the reasons the day has become popular outside of Mexican communities too. One of the best representations of the holiday was in the 2017 animated movie Coco, in which a boy gets lost on Día de Los Muertos and meets his ancestors.

Regardless of where you are in the world, you can celebrate this tradition on November 2nd. But it will be better if you can find some Mexicans and experience the true culture behind the day with them. They would love to teach you about this interesting holiday. It would also be a great bonding experience for everyone involved. Understanding and celebrating our differences is the only way forward for us if we wish to survive in this world. The only other outcome involves chaos and destruction.

Questions and quotes are free. Live chat with us 24/7
Day Of The Dead Dia De Los Muertos was last modified: July 29th, 2020 by admin