Italian Language Translation The Dos and the Don’ts

Italian Language Translation The Dos and the Don’ts

When human came together to live, they formed cultures. Cultures include things that are a part of that group’s lives. Overtime, a culture evolves and a lot of things become parts of it. Different people have different cultures and they are all proud of their origins. The distinctive features of each community become a part of their identity and help them recognize each other when they are away from their homeland. Language is another thing that holds a unique value in people’s lives. No matter where you go and how many languages you learn, your native tongue will always be the most special to you. And if you spot someone from your country in a foreign land, you wouldn’t waste a second to switch to your native tongue to talk to them.

The differences between cultures mean that a thing which is considered rude in one part of the world may be considered polite or the right thing to do in another part of our planet. Languages are the same. Some words of a tongue may sound harsh to outsiders when they might sound normal to the native speakers. These features of languages make them hard to comprehend for outsiders. When people learn a new tongue, they have to get to know the culture associated with that language too, or they would not be able to grasp a thorough understanding of it.

Translation is a miraculous thing if you really think about it. It has revolutionized the way we communicate with each other. No one can say something in their native tongue online and expect the other person to not get it. Even if you don’t want to Google something, social media sites now offer translate feature on posts that can tell you the meaning of something straightaway. Sure, the translation of machines may not always be accurate but when you only need to get the basic idea of something, it is enough. 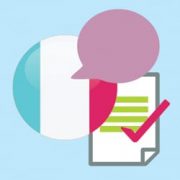 Did you know that Italian has way too many dialects to count? Well, now you do! But it wasn’t always like that. In the past, it was spoken everywhere in the Europe due to being the closest relative of Latin. Once it started changing and evolving into modern Italian, it got divided into numerous dialects. But even now, one type of Italian, known as the Neapolitan Italian is a popular form of the tongue with over five million speakers. On the internet where most of us live nowadays, it is the in the top ten most popular languages. 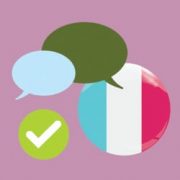 When it comes to the translation of Italian, things start to get confusing due to its many versions. One of the most popular pairing in the world of translation is English to Italian because business owners from English speaking countries often translate their websites and advertising content into popular tongues to expand their market. If a company releases an Italian version of its website, it will attract a huge number of potential customers. But when you have to translate from or into Italian, there are a few rules that you have to follow, or you will mess up badly.

The Dos and Don’ts:

Every language’s translation is complex is you really think about it because behind it is the force of its associated culture and without a deep understanding of that culture, you won’t get anywhere. But since Italian has evolved into numerous dialects, the complications with translation have increased too. If you are doing Italian language translation, then you must keep the following rules in mind:

The complex and beautiful language of Italy can be translated accurately if the translator is experienced enough and don’t ignore any rules.

Questions and quotes are free. Live chat with us 24/7
Italian Language Translation The Dos and the Don’ts was last modified: September 3rd, 2019 by admin