The Arabic language originated somewhere between the 1st to the 4th century. The word Arabic is associated with the people of Mesopotamia who were called Arabs at that time. It is a diverse language and with time, it has acquired the title of the lingua franca of the whole Peninsula. With around 30 variants today, there are millions who converse in Arabic. However, the most common one is the MSA or Modern Standard Arabic. MSA is largely taught in schools, colleges, and other educational institutions and is mainly derived from the classic version used in older texts. It is the same version in which Quran, Hadith and Islamic texts are written.

Although it is considered to be the language of all Arab countries, most of the people think that it is only regarded as official in Saudi Arabia alone and they have some sort of authority over the spoken or the speakers, which is quite untrue. Egypt, with its 92 million speakers, is the country where Egyptian Arabic is the most widely spoken language of the people.

What is the difference between Egyptian And MSA?

MSA has quite the features of the older, classic version. It is the language which is taught by school teachers, educationists, learning institutions. MSA is used in reading and writing all across the world.
The Egyptian Arabic is very similar to MSA, yet it has many other influencers, chiefly Coptic (the pre-Islamic Egyptian language, still used in Coptic Christian texts of religious origin), Turkish (As Egypt was a prominent part of the Ottoman Empire for over hundreds of years) French and English, yes, you heard it right. With the literary development of the Egyptian civilization, it started borrowing various elements of other civilization including dialects, vocabulary, and language.

There are several other examples of such words. Besides, sounds of g and k are used (differently) than the classic and MSA. 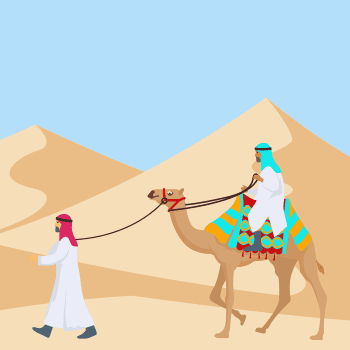 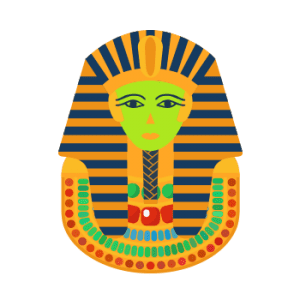 What Happens When You Need An Egyptian Arabic Translator?

Well, first of all, when you need someone to translate your content, document or certificate exclusively into Egyptian Arabic, you need a professional native. Since it’s different from MSA, you can’t choose a regular translator. If you are thinking that an Egyptian Arabic translator is someone who speaks all the languages that have salient features in the local dialect, that’s not the case. He may be able to speak English, French or Turkish along with native lingo, but that’s not mandatory for his qualification. However, it becomes essential if one of those languages is either his base language or target language in his translation. For example, if the translator is a native and can translate into English, he sure can speak in English and Egyptian Arabic as well. But if he is proficient in another combination, any other language is not a prerequisite for his qualification.

With European countries making ties with the Middle Eastern and African world, the need to transform the marketing content is now more than ever. Not only Egypt, but UAE, Syria, and Iraq are also on the list of developmental ventures. The Egyptians, however, are more prone to exploring new ideas in business and communications. They have understood that the importance of establishing new connections go a long way and the Egyptian Arabic translators are no exception. This is why, they learn communication skills which in today’s world, also include learning different languages.

If you are a student of politics and diplomatic relations interest you, you know the first thing that you have to master, communication skills. If you are into language interpretation service and politics, you’d have to learn different languages for sure. Delegations and officials come from different countries with a wish to extend their ties, and they are in constant need of natives who can understand their language, and if that someone can converse in their language as well, they take it as a huge bonus.

Similarly, the translator who shows them off his bilingual or trilingual talent can make a place for a decent job at their office or as an interpreter who can work for them freelance. So it’s all a matter of opportunity.

Immigration is one place that needs a content translation the most. From certificates to documents to affidavits to power of attorneys to medical papers, etc. everything needs to be transformed into a local version for submission and ultimately approval.

You might meet an Egyptian who’d speak in a fluent English who could also happen to be a translator, but behind his bilingual skills is not an obligation but the urge to get better clients. If he can show his clients that he is proficient in different dialects, he is more likely to land a decent job, not just as an immigration translator but also as an immigration agent.

So next time you see an Egyptian talking in French, stay calm, that’s only their strategy to stay in the game.

With worldwide demand for Arabic translation ever-growing within the business sector, we are at hand to help organizations meet these linguistic demands. If you are searching for Arabic translation services, you should preferably check online translation companies like USA Translate because they provide you with a global pool of professional translators.

Questions and quotes are free. Live chat with us 24/7
What languages do Egyptian Arabic translator speak? was last modified: May 30th, 2019 by admin